After a month and a half of not getting personal, I thought it time to bring it back to what’s going on in the ground here in Saigon. As soon as the month of April rolled around, the Saigon heat that everyone was cautioning me about came into the city full-force. I’ve honestly never been so hot in my life and this is coming from a girl who went to hot yoga not for the health benefits… nope, I’m the one parked next to the humidifier treating the exercise class like its my personal sauna. But ever since the hellfire hot season came rollin’ in, all I want to do is to crawl into my refrigerator and die. But with the climate change came all these fun things to do which pushed me to get out of the house and be social. Socializing. I never recognized how vital being social was to my well-being until moving to Saigon. Being around people and having hobbies has lifted my spirits immensely. And here in Saigon, its quite affordable to go out, eat well, and discover new things. You can check out some out how happening the Saigon scene is for women over here. In April, the high point of the month was doing my first 5K “run” (note: it was the slowest “running” I’ve ever done) with Tim. We were brought into the fold by a crew of fantastic people, making this our first proper hangout with friends in HCMC. It’s been hard to maintain friendships here just because our job operates on the opposite schedule as everyone else’s — weekends and night shifts, ugh — but luckily, the run happened to be on a public holiday so we got the day off! I’ve been dying to go to one of these color runs since they’re super popular in the US but I’ve never had the chance to plus they’re kinda expensive. Here, a ticket only cost $25 for a high-quality runner’s shirt, a fanny pack, and a sizeable amount of colored powder. Plus they gave out free waters all throughout the course so no need to buy anything else. Right now, after my rant on how hot its been, you’re probably thinking why the hell did I think it was a good idea to do a 5K?! Continuing our lucky streak, the day turned out to be abnormally cool so everything was working in our favor.

Despite the madness of it all, it had this very serene ambiance. They held the color run in a secluded area of Ho Chi Minh, and at dusk, everything and everyone was basking in the light of a setting sun. It was nice to see a side of Saigon I hadn’t seen before. At the start, Tim gave me a neck ride which he then offered to everyone around him. Girls (and guys) were lining up to get a bird’s eye view of the crowd because Tim is is so damn tall. We ran into our Hungarian neighbors, Nora and Aron, and we let a Vietnamese girl named Chau tag along. She had come to the event by herself (what a badass!) It was an eclectic bunch but I think that’s what made the day so damn fun.  At every 1K mark, a “color” station” was set-up blasting much better music than they play at the clubs here so they’d became our dancing pit stops. The stations were also a powder fill-up spot, pumping out clouds of florescent colors. Thankfully the stuff is non-toxic but I’m pretty sure the inside of my lungs were a swirl of neon colors because I was just constantly inhaling powder. I was pretty sad that it ended but there was street food at the finish line so I couldn’t complain. They also served up a sick free concert but we opted to get a group meal after the event. It was probably the most fun I’ve had so far in Saigon! We’re definitely going to do it again next year!

The video above is the first feature of my new series, The #WHERETONEXT Diaries in Saigon. Learn more about the event through the video’s tidbits and see us in action at HCMS’ Color Me Run 2016! 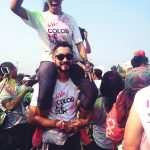 Starting the day on a high note 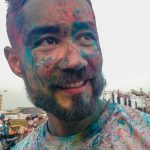 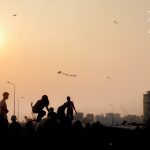 In the Golden Hour 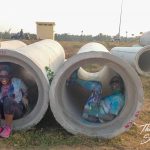 Sana and I goofing around 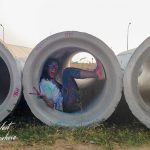 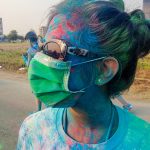 Inspired by the colors 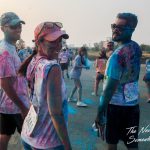 Show me your sexy pose 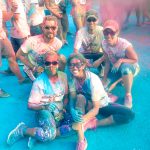 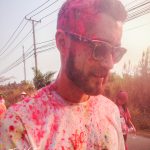 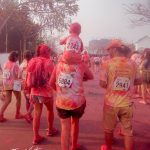 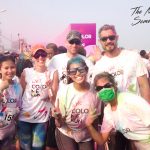 The gang’s all here! 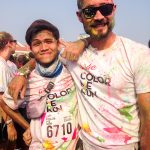 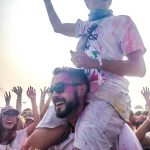 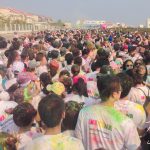 Getting a good view of the crowd 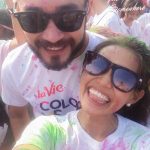 Starting the day off with a selfie 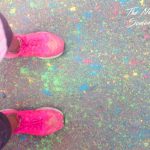 View of the pavement 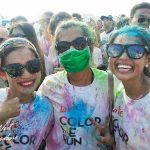 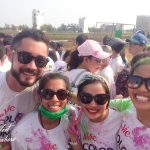 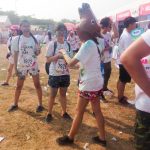 Someone’s taking ‘horsing around’ too seriously 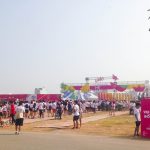 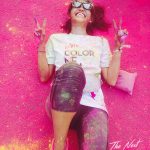 Swimming in a sea of colors

For any expats/long-term travelers, have you had a favorite social outing abroad? Share below! With love, Izzy