Find out why we chose Oaxaca, Mexico as a destination wedding location out of all the places in the world!

From from celebrating our one year anniversary in India, to the completion of our six-month backpacking trip, to moving to Vietnam together, Tim and I have had our fair share of adventures. But our biggest adventure yet is walking down the aisle!

I’ve always dreamed of a destination wedding. Being an avid traveler, a destination wedding encapsulates my love of travel, but even on a deeper level, celebrates so poignantly that love is one of life’s greatest adventures. So why not make the wedding itself an act of adventure? From an economic standpoint too, destination weddings—when planned well—can be cheaper for the bride and groom, especially those who are self-financing.

Check out the photo essay of our destination wedding here.

Which brings me to explaining to my family and friends, Why Mexico?

It’s true. My fiancé and I have no ties to Mexico. We’re both from the United States and live on opposite coasts. But on top of the fact that a destination wedding solved deciding between one hometown or another, what deterred us from ever wanting to get married in the USA is that the average cost of a US wedding* in 2017 was $37,000, which was not something we wanted, especially for a few hours in a rented tent. Long before Oaxaca was even on my radar, I had my heart set on a grand ol’ New Orleans wedding complete with a second-line brass band parade and beignet buffet. This was way before I knew the pricetag on NOLA weddings is on the higher end of the national average* and that I am gluten-free. And gluten-free beignets just don’t sound fun for a woman enjoying what should be the most fun day of her life.

So when we were first discussing destination potentials, we had to be pragmatic about affordability and accessibility. I also wanted a less-than-ordinary choice in terms of culture, history, and food. So we threw around Banff, Lisbon, Vancouver, The Dominican Republic, and even a possible return to Asia. But nothing made more sense than going to Mexico, which is only a 5-hour plane ride from both Massachusetts and California. What could be more symbolic than getting married at our halfway point? Our “pretty in pink” venue was the perfect backdrop for our festive celebration! Besides being our middle point, here this is also why we opted for Mexico:

In this day and age, as an American living in this political climate, it’s hard to see beyond the Trump-era narrative of Mexico as a country riddled with violence and crime, reduced to tacos and tequila at its best. And prior to December 2017 (the month Tim proposed), I had little knowledge of the country outside of Cancun, so Oaxaca was definitely a left field choice. But when you think about the Mexico marketed to tourists and not the dark myth that shrouds the country when it comes to political rhetoric, the picture you’re left with is this gorgeous paradise where the sun doesn’t stop shining, home to one of the seven new world wonders as well as four Michelin-rated restaurants, beaches and deserts, mountains and jungles… what more could someone want? Mexico is an ideal destination, not only for blushing brides, but also for travelers looking to capitalize on their vacations without breaking the bank. The famous Oaxaca sign right in front of El Zocalo, the central plaza.

Out of all 31 states in Mexico, Oaxaca spoke to us the most. Oaxaca is known as the culinary and cultural capital of Mexico. It’s a less-popular destination wedding choice for foreign couples, but we wanted something different, somewhere authentic that didn’t feel “manufactured” for foreigners. Over the last 5 years, I’ve spotted dozens of articles about Oaxaca in prominent travel magazines and it continues to be touted as the next big “it” destination. And unknowingly so, our Oaxacan wedding ends up fulfilling all the things I wanted from my dream New Orleans wedding. Oaxaca also has its own version of a second-line parade, called a calenda; has the same colorfully painted colonial facades; and my visions of a courtyard ceremony like the ones in the French Quarter are happening too. As big proponents of travel as a means of education, we wanted to introduce our family and friends to the Mexico that we fell in love with: a welcoming, colorful, and vibrant country.

I am thrilled that I am able to bring everyone along on our wedding journey and am so thankful to all the people who have supported Tim and I thus far. For more real-time updates on our destination wedding planning, follow us on Instagram and Facebook! 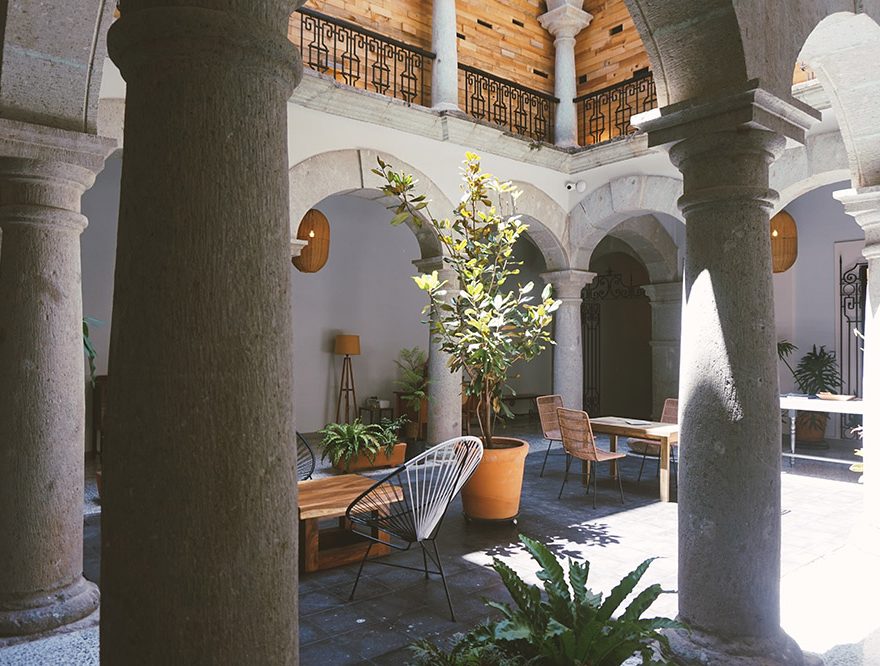 Millette Stambaugh is a Bay Area-based, Boston-bred Filipina who loves to vagabond. At 30, the former expat has traded in her nomadic ways for a semi-grounded life in San Jose, CA. A full-time digital marketer, part-time content creator, and aspiring destination wedding planner, Millette lives for good times, good food, and good peeps. Find out her #wheretonext on Instagram @thenextsomewhere.

Digital marketer by day, content creator by night, Millette Stambaugh lives for good times and good people. She’s a Filipina-American by way of Boston and currently based in the Bay Area. From fairytale Balkan villages to the misty jungles of the Peruvian rainforest, her curiosity has taken her all over the world. With fifty countries under her belt, life is proving quite the adventure indeed. Where to next? Sheltering-in-place in San Jose, CA and planning a move to the Pacific Northwest in 2021.